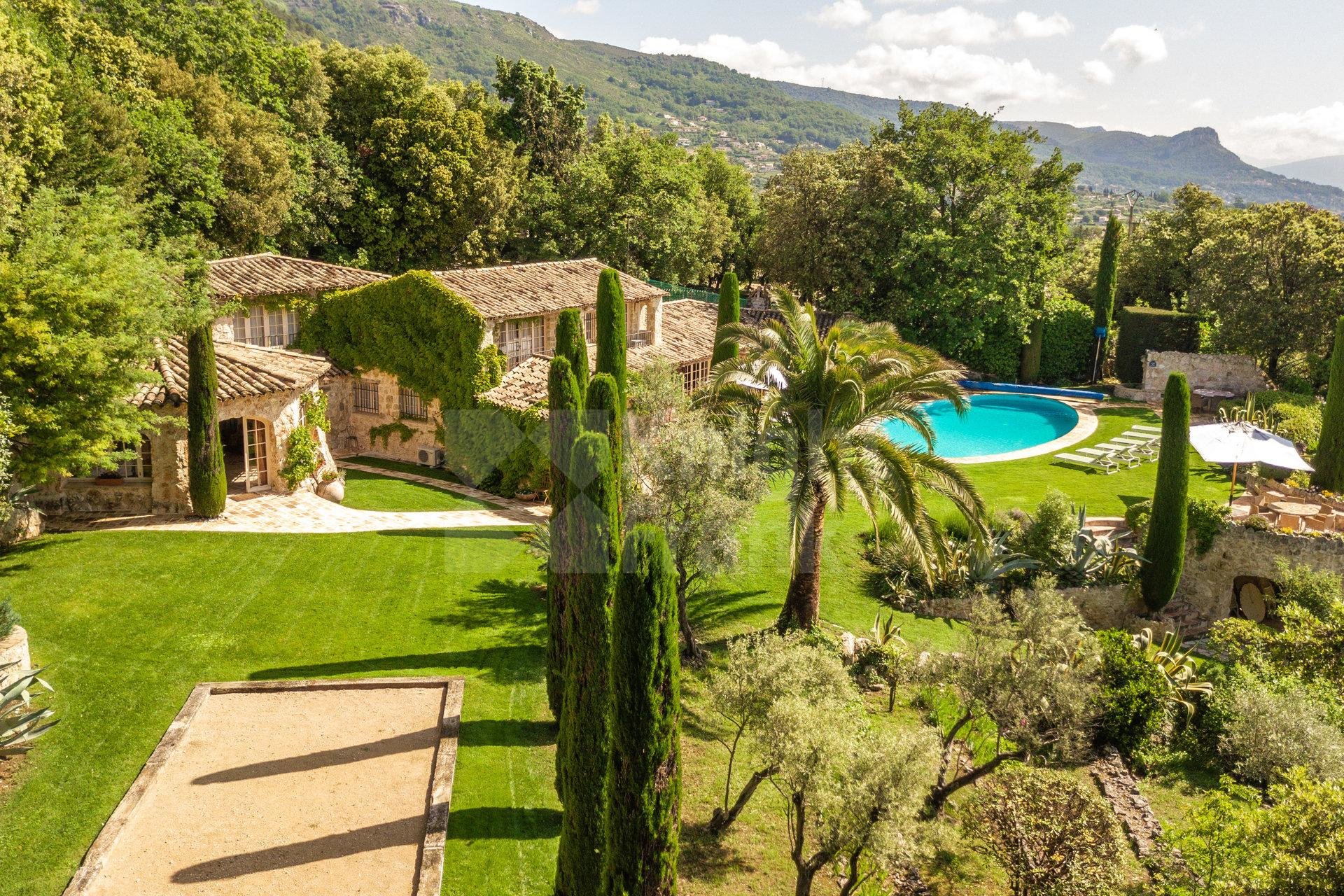 Nestled between the sea and the mountains, perched high on a rocky outcrop, and surrounded by the superb landscapes of south-eastern France, lies the village-Tourrettes sur Loup. This utterly enchanting medieval village, with its near perfect climate, is beautifully preserved and seems to have totally ignored the passage of time and change. The Brigadoon of south eastern France you might say.

It is no wonder that those seeking a bit of old French charm, have discovered all the village, and surrounding region has to offer…there’s something for everyone; whether your preference is for a simple rural town house, where you can blend into French everyday life…or something on a grander scale with all the trappings of luxury and opulence, Knight Frank France has the local knowledge and experience to find your perfect home.

Tourrettes sur Loup ranks high among those that have maintained their old world charm…have withstood the ravages of time and invading armies… yet sits beautiful, unspoilt, and undaunted.

Locally, it is known affectionately as the "Violet village” and for more than a century this pretty little flower has been cultivated in the village and surrounding areas; and continues to be one of the main village activities. The villagers celebrate and honour the violet each year during March; a popular attraction, with brightly decorated floats, and a friendly flower battle to entertain and delight visitors from around the region.

The village is backed by a range of breathtaking hills, stretching from the Puy de Tourrette to the imposing hills that surround the Col de Vence. Just two kilometres west of the village, beyond the Pic de Courmettes, flows the Loup River, which cuts deep through the Gorge du Loup lying at the foot of Gourdon Bar-sur-Loup.

Tourrettes sur Loup is a popular location for those wishing to purchase a second home in the south of France.  Although smaller and less populated than some of its more famous neighbours, it never the less is a truly inspiring part of the region; meander the labyrinth of twisting, turning back alleys and you can not fail to feel the history of the place. Take in the floral delights of the gardens and pocket-sized shady squares and delight in the peace and serenity that seems to emanate from every direction. Some of the Riviera glitz and glamour passed briefly through this delightful little spot in 1955 during the making of "To catch a thief” by Alfred Hitchcock, starring Cary Grant and Grace Kelly. The films famous, nail biting car chase took place through the village of Tourrettes.

The "Grand' Rue", in the heart of the historic centre of the village, is the artistic quarter where you will find more than 30 artists and sculptors, their workshops, galleries and craft shops. The serene, slow pace of life lends itself perfectly to their creative talents.

One of the star attractions of Tourrettes sur Loup is the Château de Villeneuve an elegant 18th century residence, standing proudly on a high plateau which offers a breathtaking view over the river. The Château de Villeneuve has, since 1969, been extensively restored. The buildings are now returned to their original splendour, as have the vineyards.

The best way to discover the charm and character of Tourrettes sur Loup is by simply wandering around its quaint, narrow cobbled stone streets and alley ways, its vaulted passage-ways, appreciating the splendour of the elegantly restored stone façades, and climbing some of the stepped passages, bordered with pretty flower baskets.

It can seem almost magical just aimlessly strolling along, without any clear sense of direction, discovering the many street side cafes, bars, galleries, and boutiques… stop, rest awhile by a garden fountain and breathe in the fragrances that seem to drift by with every corner you turn.